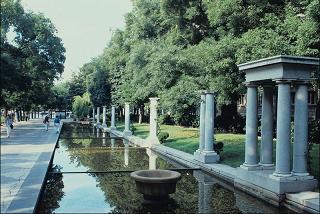 Thinking of Spain, people all over the world only think of one thing –FUN! Spain’s location is probably one of the best things here. This country lying in the Iberian Peninsula in the Southwest of Europe and is bordered by the Mediterranean Sea. Neighboring countries would include France and Portugal. Spain will be known as one of the more famous countries as it influenced a lot of place throughout the globe. In fact, Spanish is one of the widest-spoken languages in the world. Living in Spain, you will see friendly people, relaxed environment, wonderful cuisine and colorful festivities. Let us learn about the cost of living in Spain compared to the United States.

Spain is proud as its economy ranks among the top 10 in the world. It is also one of the most diverse, as there are so many foreign investors that had been attracted to their economy. Most importantly, their tourism sector has increased in the past couple of years. Up until now, the global real estate bloom has definitely made a great impact on the economy of Spain.

Spain is a part of the European Union which uses the Euro as their currency. Its exchange rate is at 1 Euro per 1.45 USD. To prepare you, cost of living in Spain is quite expensive. It may even cost around 20% more than the UK when you compare the cost of living in the two places. Partly this is also affected by the location where you choose to live. Madrid, Barcelona and Pamplona are among the cities that may have a higher cost of living.

Housing in Spain is affected by inflation due to the past recession. Though prices have seemingly increased, most people still find it more affordable to live here. If you are looking for a place to stay in, you will find al lot of apartments for rent here. As with any other European country, you can expect that most residents will surely find apartments that are affordable. A person living in Spain may pay around €200 to €350 per month but the price range depends on the location where you choose to live. For more expensive residence areas, you prices here cost €1000 to €3000 per month for an apartment rental.

Owning a car may be a little expensive when you are here in Spain. Gasoline prices are at €0.89 per liter. For servicing the car, mechanics can cost around €40 per hour. Public transport is easily accessible in Spain. Buses and trains are available in Spain for a cheap fare. These would more or less cost around €2 for a single trip ticket. Monthly passes are available for €45 to €50. For travelling, residents do not spend more than €8 per day for their transportation. You can set a budget around $240 per month when you travel in Spain.

Your monthly charges are made up of many things. These include your telephone bill, electricity bill, internet fee, gas and TV. These are the expenses that you have to pay for monthly besides from all of the other expenses that you have. If you want to know how much you are going to pay monthly, here’s a breakdown. Electricity bills amount to €70 per month or more depending on the appliances that you use. For the water bill, these are included in the bills that you pay for in your apartment. The telephone bill costs around €20 at least plus the calls that you make exceeding the free minutes. Internet will cost you around €30 per month. For cable TV, it is often charged at €60 per month. You can more or less estimate around €300 per month on your monthly utilities.

In Spain, maid services are quite common. These are known as housekeeping services here. If you plan on hiring a maid there, you can hire maid services per hour. The average salary is at €60 per day in Spain. For full-time maids, you can pay them €750 per month. This includes babysitting, cleaning, sweeping, cooking and the laundry. Maid services here are quite affordable for most but a full-time is something that is not really that necessary.

Cost for Food and Drinks

Cost of food here depends on your lifestyle. Generally, food is cheaper here compared to UK. Eating at home and cooking your own food is basically cheaper than eating out. Grocery in Spain would roughly amount to €350 per month considering that you have bought everything that you need. When you dine out, you will pay around €10 to €15 per person. Drinks run at €1.50 per glass. If you eat in high-class locations, you can find that food and drinks cost €50 at least. A tip when buying in the market is that vegetables and fresh fruits costs cheaper when you buy them from the market. Check out local produce whenever you shop for food here in Spain.

Spain has one of the best when it comes to healthcare. They have quality doctors and equipment that you can rely on for your health. Public hospitals are all funded by the government. As for some private hospitals, these also do not cost that much. If you go for a doctor’s visit in Spain, you will pay around €20. This rate is for those who have health insurance. For those who do not have any, they will pay around €50 to €100 per visit. Health insurance is really needed when you live in Spain. This will add to your expenses at around €300 per month for your health insurance.

One thing that is surprising about Spain is that shopping is pretty affordable. Prices here are cheap and basically cheaper than what you expected. There are a lot of department stores which sell locally made garments here. You can also shop for imported clothes but these cost a lot more expensive. Set aside a budget of €2500 per month when you want to go on a shopping spree here in Spain.

As you can see the cost of living in Spain may be cheaper than in the United States. You may consider moving abroad and living there.

Learn More About Living In Spain: