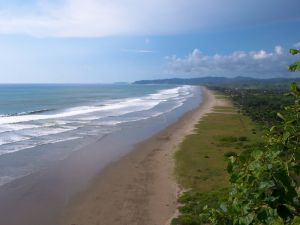 You could very well call Ecuador the secret place to retire because as a retirement area, it remains a secret to most people. However, for those in the know, Ecuador may be one of the best countries of all in which to retire and live. It is a beautiful country with a low cost of living.

Ecuador has the world’s highest active volcano. It also has a number of world-class cities, including the city of Cuenca. It also boasts the famous Galapagos Islands. There are three best places to retire in Ecuador. They are:

Cuenca This city is probably Ecuador’s most charming with this old-world cathedrals, urban rivers, colonial parks and cobblestone streets. The city has many museums from which to choose and many bars and restaurants to visit by night. Nightlife in Cuenca ranges from the Bohemian to the upscale. The city is the capital of the Azuay province and is the economic center of southern Sierra. The city’s incredibly well preserved historical buildings recently earned it the honor of being listed as a UNESCO World Heritage Trust site. It is a great tour destination and offers a wide variety of hotels and interesting sites to visit.

Cuenca’s population is about 467,000. It is located in the Highlands of Ecuador at about 8200 feet above sea level.

The cost of real estate in Cuenca is very reasonable. For example, a new condominium in the city’s center was recently listed at $30,000. There was also listed a home with living room, great room, kitchen, laundry area, dining room and three parking places-for just $115,000.

A second of the best places to retire in Ecuador to retire is Manta, which is the country’s most important seaport. According to the 2001 census, Manta had a population of 192,322 people and its main activity was tuna fishing. It is also big on tourism and has a chemical industry. Manta has existed since Free-Colombian times and was a trading post for the Mantas.

The city is on the central Ecuadorian coast in an area that consists of a dry, tropical forest area. Its average temperature is 77° Fahrenheit.

Manta sports some amazing places to sun and swim, including Tarqui beach and El Mucielago beach. It has is a modern boardwalk with an array of restaurants that serve local delicious drinks and culinary delicacies. It has become a popular stop for International cruise liners sailing from the Caribbean to Latin America.

The city has numerous bars and clubs that are popular with tourists. One of Manta’s top attractions is its delicious gastronomy. It offers an array of seafood-based, tropical dishes. One of the biggest favorites is the cevices that consist of fish with corn, sweet potato, peanuts and yucca.

Housing prices in Manta are very affordable. A condominium on the beach near the city was recently listed for $18,000. There was also a Mediterranean-type beach house with 1,937 square feet that was listed at $170,000. The house was advertised as a “beautiful beach home with two bedrooms, living room-dining room with fireplace, and kitchen.”

Near Manta is the little town of Montecristi that was founded in the early 1600s. It has lovely, colonial-style architecture and is best known for it wickerwork weaving. It is actually the original birthplace of Panama hats, which, despite their name, were usually produced in Ecuador.

A third city in Ecuador worth investigating for retirement is Cotacachi. However, you may want to steer clear of the city if you have a problem with altitude because it sits at 7825 feet above sea level in the northern par of the city in the Andes Mountains. There are people who say that living in Cotacachi makes you feel as if you were living of the world. Its weather is very spring-like the year-round.

Cotacachi is a town of artisans who are masters of leather goods. You will find their shops lining the city’s Cotacachi’s main street. You can buy just about any kind of leather product in these shops from booties to saddles.

The cultural beginnings of Cotacachi have been lost in the mists of antiquity. There are tales of how people this far north managed to resist the Inca conquerors until the 16th century. It is said that the Incas were not able to have much influence here and finally gave up and went away after they had subjugated the area for just 20 years.

Cotacachi has literally cleaned up its act and now boasts some of the cleanest streets in Ecuador. There are many and varied residential real estate developments currently underway, ranging from Adobe casinos and single-family homes to townhouses-all in a wide range of prices. 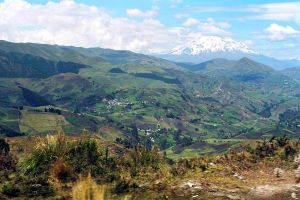 Patricio Falconi, one of Ecuador’s best-known architects is designing and supervising the construction of single-family homes in the area of El Encanto and Jorge Ouilumbaqui, an indigenous builder, recently completed Primavera I, which sold out quickly and primarily to North Americans.

So now you have an idea of what it will cost to retire in Ecuador. Your next step is to visit and meet some of the locals, sample some of the fine cuisine and see how well the weather treats you. Then you can decide if you want to retire to Ecuador – one of the best places to retire.

US Dollar is the currency of Ecuador as of March 13, 2000. So one less thing to worry about is currency exchange.

Learn more about visiting, living and retiring in Ecuador:

Best Places To Retire retire in Ecuador retire to Ecuador