Belize in Central America is another place that you might consider as a destination for retirement. If you think that you could be happy in a tropical paradise, here’s one for the asking. With a very low cost of living to boot for baby boomers with smaller retirement savings.

Let use discover what makes Belize one of the best places to retire in the world.

Belize, which was earlier known as the British Honduras, is flanked by the Caribbean Sea, Guatemala and Mexico. This is one place that has drawn many people who are looking for a laid back lifestyle, a low cost of living and good medical care. In fact, medical care in Belize may cost you just about a third of what you would pay for the same facilities in the United States. However, it would help to remember that Medicare is not accepted here or anywhere outside the United States.

The climate of Belize is warm and includes a rainy season. There’s a democratic government, the economy is stable and you can expect tax incentives. You could say that English is the official language here.

Belize has a population of about 250,000, of which roughly 10% are expatriates from the United States, Canada and Britain. Since it is a developing country, you may find that you’ll have to do without many of the conveniences you may have been accustomed to back home in the United States.

In fact, even if you do not consider yourself particularly well off, in Belize you would probably be regarded as rich. You may be surprised to know that it would be possible for a couple to live quite well in Belize on as little as $1000. Isn’t that incredible? As we said, the low cost of living as compared to the United States is a distinct advantage here. However, living in Belize, you would also have to get by on your own to the extent that you would have to take care of repairs yourself.

If you decide that you would like to retire in Belize, there are a number of ways that you could go about it:

You could stay in the country on a tourist visa and have it renewed every month. After six months, you could apply for a work permit, which may set you back by about $750.

You could also get citizenship of Belize by staying in the country for a year, during which time you will need to show a steady income. If you are single this will amount to $750 a month, while for a couple, the minimum requirement is $1,000 a month. If you can do that, you’ll be able to work thereafter without a work permit.

You’ll also be free to come and go as you like and need not stay in Belize right through the year. What’s more, your citizenship will remain valid. That’s saying quite a lot, isn’t it? Who could ask for more?

The third option you have is to apply for the Retired Persons Incentive Program. This is a formal process of application that you have to go through to relocate to Belize. To qualify for this, you should be at least 45 years of age, be prepared for an application fee which is presently $710 and be willing to have your background checked. You will be required to show earnings of at least $2,000 from a source outside the country. Again, this figure has changed from time to time and may change yet again in the future. You should be prepared for that. However, under the incentive program you can only work if you are running a business undertaking of your own. 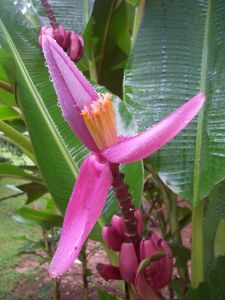 As for housing and real estate, you could acquire a lovely 3-bedroom house looking out over the ocean for about $250,000. Alternatively, you could buy a plot just near the water’s edge for $10,000. Do be careful to ensure that you have a clear title for the property. It would also be a good idea to pay a visit in the rainy season just to ensure that the property is safe from the water.

If that’s hard to believe, remember that Belize is a country where land is available in plenty and there aren’t too many people. So the government is ever ready to give away land to people who will put it to good use.

It’s been pretty good going so far, hasn’t it? Now for the downside of living in Belize – heavy traffic, beggars on the streets and the constant threat of hurricanes, even though they don’t usually pose any real danger. But then, if you are prepared to take the rough with the smooth, this is one place that does have a lot going for it.

For more info about Belize:

Best Places To Retire retire in Belize retire to Belize