Your next “trip of a lifetime” may not even require a passport. With some of the world’s most stunning scenery, world-class recreational opportunities and first-rate urban centers, the United States attracts millions of international tourists each year. Whether you’re an expat looking to return home for a nostalgic tour or a lifelong resident intent on seeing more of this enormous country, use this guide to find three of the best places to visit in America. 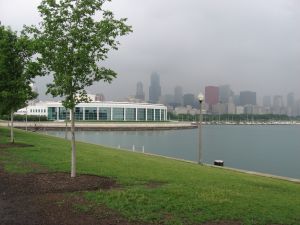 Chicago is a big, fast-paced city that owes much to its unique location on the shores of Lake Michigan. While you’re in town, check out the trifecta of world-class museums on the city’s South Loop lakeshore. The Field Museum, the centerpiece of this so-called “Museum Campus,” is the Midwest’s premier natural history museum. Meanwhile, the nearby Shedd Aquarium and Adler Planetarium provide interactive learning experiences for folks of all ages.

Further north, Navy Pier attracts millions of visitors each year with its bustling agglomeration of bars, restaurants, concert venues and other entertainment options. In addition to hosting Chicago’s iconic Fourth of July celebration, Navy Pier draws hundreds of live music acts to the city each year.

Of course, Chicago isn’t all about hustle and bustle. In fact, you don’t even have to leave town to enjoy a little sun-soaked downtime. North of the Loop, the city’s lakeshore is characterized by a nearly unbroken stretch of sandy beaches. Catch some rays in the morning and then head inland for lunch or dinner at one of the hundreds of fine-dining restaurants on the North Side. 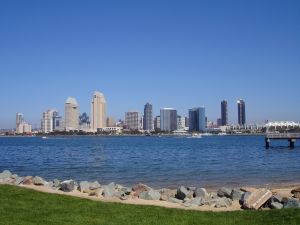 Renowned for its picture-perfect climate and its abundance of oceanfront real estate, San Diego has enjoyed a major resurgence in recent years. No longer content with its Top Gun-era reputation as a U.S. Navy stronghold, San Diego’s leaders have successfully attracted billions of dollars in healthcare and biotechnology investment as well as millions of additional tourists.

Widely regarded as one of the world’s best wildlife repositories, the San Diego Zoo is the city’s best-known tourist attraction. Animal lovers also flock to SeaWorld San Diego, which rivals its better-known Florida counterpart in size and diversity.

What’s more, the city is perfectly positioned along a heavily-traveled gray whale migration route, making whale-watching a popular tourist activity in the winter months. If you’re looking for adventure, ride the waves at one of the seemingly endless beaches north of downtown San Diego. 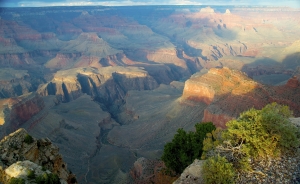 Grand Canyon National Park is unquestionably the largest American national park dedicated to a single geological feature. Of course, that’s because the feature in question is an awe-inspiring ditch that’s hundreds of miles long and up to a mile deep. While most Grand Canyon visitors don’t venture beyond the breathtaking South Rim, some of the park’s best-kept secrets lie inside the canyon itself or on the wild, remote plateau known as the North Rim.

The Grand Canyon would not exist without the patient power of the Colorado River. If you have a few days to spare, join a rafting tour and see the canyon from river level. Alternatively, test your legs and take an overnight hike from the top of the South Rim to Phantom Ranch on the floor of the canyon. You’ll feel like a true inhabitant of the Old West as you guide the pack mules carrying your supplies.

Despite being just a short drive apart, Charleston, South Carolina and Savannah, Georgia are rarely mentioned in the same breath. That’s because each city has its own distinctive culture and an abundance of assets to keep visitors occupied for days on end. Nevertheless, they’re tied together as part of a broader cultural region of the southeastern United States known as the “Low Country.”

The Low Country is a masterful blend of old and new. Golf resorts like Myrtle Beach and Hilton Head Island in South Carolina coexist freely with laid-back beach towns like Tybee Island in Georgia. The region’s two colonial anchor cities are the largest repositories of 18th-century architecture in the Southeast. They also played an important role in the nation’s early history: Fort Sumter, where the Civil War began, lies in Charleston’s harbor.

There you have just a small sample of some of the best places to visit in America in your lifetime.

You can find travel guides to get more information below: