Europe is unlike any other place in the world. As the planet’s most densely-populated and wealthiest continent, it offers visitors an unparalleled blend of modern culture and historical experience in a comfortable, even genteel setting. Despite its northerly location, the continent’s climate is moderated by persistent Gulf Stream breezes that make the region comfortable for visitors at any time during the year. Read on to learn more about the best places to visit in Europe. 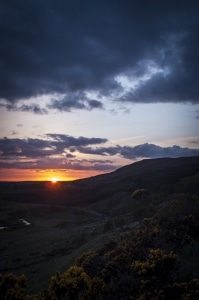 Glenshane sunset IrelandIreland is a perennial favorite of international travelers. Until recently, it was considered one of Europe’s best-kept secrets. Separated from the island of Great Britain by the Irish Sea, Ireland maintains a fiercely independent local culture that enjoys an influence far beyond the modest confines of its island home.

Although its population is relatively modest, Ireland has several cosmopolitan cities within its borders. Dublin, the largest and best-known of these, enjoyed a powerful economic boom during the early 2000s that reordered the city’s physical and cultural landscape. Dozens of new luxury residential towers and a cutting-edge culinary scene that emphasizes local produce may be the two longest-lasting byproducts of these good times.

Despite the recent global slowdown, there’s still money to be made in Irish real estate: According to the Global Property Investor’s Marketwatch, available through Live and Invest Overseas, real estate values in picturesque County Waterford have nearly tripled over the past 10 years.

Learn more about Ireland in the bookstore

Bretagne FranceDespite the well-publicized recent political dispute between France and the United States, this country’s ability to educate and amaze tourists is anything but controversial. The cultural elites of Paris, the country’s capital city, set Western standards of art, cuisine, architecture and etiquette during the 18th and 19th centuries. As the birthplace of neoclassicism, Paris remains an important cultural destination and a case study on the merits of urban planning. Attractions like the Eiffel Tower, Arc de Triomphe, and the incomparable Louvre art institution attract millions of visitors each year.

There’s plenty to see and do beyond the friendly confines of Paris too. Along the country’s northern coast, the war graves at Omaha Beach and Dunkirk provide a somber reminder of the country’s occupation and subsequent liberation during World War II.

If you’re looking to retire or purchase property in France, the southeastern corner of the country is a great place to start looking. Flanked by the towering peaks of the Alps on one side and the crystal-blue waters of the Mediterranean on the other, it’s possible to hit the slopes and soak up the sun in a single weekend here. This border-straddling region is routinely cited as one of the best places to visit in Europe.

Not everyone is cut out for life in the Tropics or the developing world.
If you´re interested in Old World living, here´s my strong recommendation:
Take a look at the “other” south of France. This is my top pick for where to enjoy the best of life on the Continent…even if your retirement budget is limited. 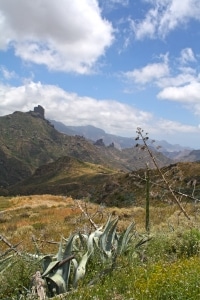 Canary-Island-SpainSpain is exotic without being alienating. Much of the country enjoys a sunny, dry climate that attracts visitors from northern Europe throughout the year. Its southern and eastern Mediterranean coastline, popularly known as the Costa del Sol, is a rugged paradise where sparkling, sandy coves coexist with the snow-capped peaks of the Sierra Nevada. In fact, the region to the south of Granada boasts Europe’s southernmost ski resort.

If you’re a history buff, head to Spain’s northern reaches and tour Santiago de Compostela. During the early Middle Ages, this medieval city was one of Europe’s most important pilgrimage sites and remains central to the country’s tourist industry. Nearby, the booming city of Bilbao houses stunning architecture and a world-class collection of art at its twin Guggenheim and Fine Arts institutions.

Spanish real estate prices are at all-time lows. If you enjoy your vacation in Spain and want to return on a permanent basis, you may be encouraged by some recent data from Live and Invest Overseas’ Global Property Investors’ Marketwatch: In recent years, Costa del Sol real estate values have increased at an annual rate of 30 percent.

Learn more about Spain in the bookstore

Europe is a densely-populated continent that’s rich in history of natural beauty. As such, this guide is merely a starting point to spark your search for exciting destinations on the Continent. With a little further research, you’ll have no trouble finding the best places to visit in Europe.

Get more information below: