France had always, and probably always will be one of the most popular destinations by people from all over the world. The whole country, especially its capital, Paris, is synonymous to love, romance and passion. Who wouldn’t want to live here?

All About The Kingdom Of Francia
Located in the western part of Europe, France is oftentimes referred to as the “Hexagon” due to the shape created by its borders. The landscape is a mixture of rolling hills, mountainous regions, valleys, and beaches. All of these are spread out over the 674,000 square kilometers of land and seas that is within the French jurisdiction. The country has an extensive river system that weaves its way throughout the metropolitan and countryside.

As of 2012, France is home to more than 65 million permanent residents. This grows consistently as tourists go in and out of the French territories.

The weather in France is temperate at best. The landscape is so varied that the climate varies depending on where you are. For instance, the French Alps enjoy a mountainous climate of below freezing and snow for as long as six months. The inland has a continental climate wherein summers are hot and stormy, the winters are colder and there is lesser rain. The west, being near great bodies of water experience high levels of rain, warm summers and mild winters.

Life of the French 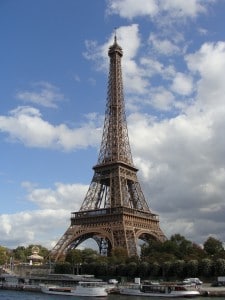 France is praised for having one of the best health care provider. Residents has the highest life expectancies compared to other nations. Despite being a well developed country, it has campaigned to be environment friendly. In fact, it is only of the first nations to come up with a governing body that focuses on keeping their environment well protected.

It is also the second largest economy in Europe, thanks to its popularity as a tourist destination. The average of 79.5 million visitors gives so much income into its local economy – so much so that it is considered to be the richest nation in all of Europe.

The French enjoy high standards of living and great public education. They are known for their rich cultural and historical treasures that are housed in their museums and even the very architecture of surviving castles and grand estates.

Tourism is not contained in the metro as the countryside is a popular destination for the natural beauty that had been preserved throughout the years. The French Riviera, beaches along the Atlantic and the winter sports resorts on the French Alps are all tourist attractions.

While tourism is a great source of income here, the English language is not always used. Even though it is taught in schools, the French are oftentimes hesitant to use it and will prefer to speak to tourists in their native tongue. That being said, learning the basic language is necessary for those who wish to retire in this country.

Cost of Living
Despite the fact that France is one of the most expensive countries to live in, the countryside can still provide affordable real estate properties. It is probably preferred by retirees because of the peace and tranquility that the surroundings bring.

To give you an idea of the cost of living, here are some of the basic prices that you will encounter as stated on the Numbeo site. These are all estimates and covers only the basic of expenses.

Despite the high cost of living, France can cater to wide variety of retiree preferences. Choose between the busy metropolitan, recreational Alps and beaches or the peaceful countryside. Each of them will provide a great life for any retired individual.