The country of Mexico is well known for the ancient cultures that thrived there in the past. You have the Mayans, Aztecs and the Toltecs as the most popular. But beyond the possible cultural exposure, this country boasts of modernism, natural beauty and for most who doesn’t know, chocolate. Southern Mexico is where a lot of cocoa trees grow. That should be a great combination for those who want to retire here.

About the United Mexican States
Mexico is one of the largest countries in the Americas. With a population of 113 million, it is also one of the most populous. The country is bordered by the United States to the north, the Pacific Ocean on the southwestern side, Gulf of Mexico to the east and Caribbean Sea, Belize and Guatemala to the southeast.

Its landscape consists of low coastal plains, grasslands, high and rugged mountains, deserts, tropical rainforests and miles of coastlines facing either the Pacific Ocean, Caribbean Seas or the Gulf of Mexico. The later makes it a very popular destination by people from all over the world. In fact, it is known to be among the top tourist countries in the world. Despite the drug wars that unfortunately it is also famous for, there are safe cities where retired individuals can live in peace and security.

Mexico is emerging with a powerful economy and that brings in a lot of innovative and modern developments – especially in the big cities. It also allows them to preserve the ancient ruins that is also a major pull for tourists and retired individual alike.

Given the size of the country, climate varies depending on where you are. The Baja peninsula, especially those along the Pacific coastline enjoys a Mediterranean climate. The other side of that peninsula is more arid. It becomes more subtropical as you go further south. Cabo and La Paz has a desert climate. The northern part of the country is quite mountainous thus making it more chilly than its southern region. The lowlands have an arid feel to it. In general, the country is quite tropical compared to the United States.

The Mexican Way of Life
Regardless of what you may hear about the drug turmoil, Mexicans are very warm, friendly and gracious. They are very relaxed especially with time. In fact, the locals think that being late is a natural thing to do.

This country is considered to be very rich in culture. The people enjoy a lot of traditions and have very close family ties. In fact, some say that to known a Mexican, you need to get to know their family. The same is true in business. Negotiations can take long because they would want to get to know you first.

Language in Mexico is mostly Spanish. There are English speaking locals when you are in tourist destinations but when you are not, you need to learn how to speak the language. 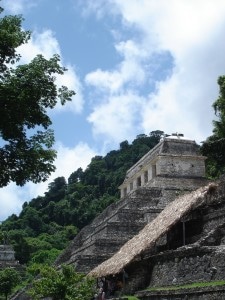 When you are in Mexico, you have a lot of options to pass the time. You have the ancient ruins to explore, rainforests and mountains to hike, beaches to relax in and other historical places to visit.

Probably a great adventure that awaits you in Mexico is their cuisine. They have regional specific food choices. For instance, the northern region prefers beef and goat while the coastal towns like seafood best. Central Mexico is quite neutral but their dishes are corn-based. Southeastern cuisine contains more spicy vegetables and chicken dishes. One thing that binds them all is that most of the dishes are quite spicy.

Cost of Living
Mexico is a very cheap place to live in – although it is not the cheapest among your other Native American options. You will find that it costs a lot less to live here than in your home town.

Based on the Numbeo website, these are the common expenses that you will encounter in Mexico.

The cost of living varies depending on where you are in the country. In the more rural areas, prices may be a lot cheaper. You need to know where to look for the best value for your money.