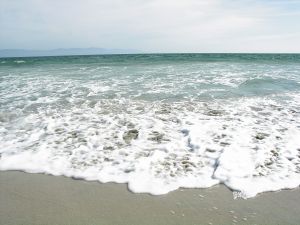 For serious shopping, you can go to Guadalajara, which is easily accessible by bus or taxi. There’s even a cyber café, where the charges are very reasonable as is the case everywhere else in the area.

If you’ve ever spent a vacation in Mexico, you’ve probably enjoyed yourself thoroughly – beautiful beaches, marvelous scenery, fascinating cities. But a vacation is a vacation. Did you ever start thinking about something more permanent – like retiring in Mexico for example? Even if retirement is still a few years away, if you have had the thought, that’s what counts. As it happens, more and more expatriates are tending to favor Mexico as the perfect place to retire.

Let us learn about one of the best places to retire in the world with a low cost of living – Mexico.

Why is this so? Well, let’s see. The fact is that you will be able to live in Mexico at about half the cost that you would normally pay and still have most, if not all of the conveniences you are used to. It may surprise you that you could even end up living better than you did before.

While it is the prospect of living more economically that prompts most people to choose Mexico as a destination for retirement, this is not the only reason. Several other factors come into play here. One of these is the stability of the Mexican economy and the fact that English is spoken in many parts of Mexico.

Another reason is that expatriates can travel to and from the United States with relative ease. They are also permitted to buy and sell property in Mexico. In addition, it is perfectly possible to spend six months in the country at a stretch. And then again, you’ll find that in Mexico, older people command respect.

Although there is a popular misconception that health care and insurance are not up to the mark in Mexico, the reality is quite different. Health care in Mexico is in fact excellent. Often, you will find doctors in the country have been trained in the United States. This is the case with the Americas hospital. Blue Cross and other insurance schemes are accepted here. However, Medicaid and Medicare are not considered valid outside the United States. Even so, you’ll find many other plans that are accepted in Mexico.

Mexico enjoys warm weather and some parts of the country have a tropical climate. In a few areas, summer remains mild. Expatriates frequently opt for the Mexican Social Security or MSS plan. When it comes to dental treatment, Mexico is a clear winner. This is because dental treatment is available in Mexico for a third of the cost that you would pay in the United States.

There are retired people from North America practically everywhere in Mexico. Your choice of where to live will depend on the extent to which you wish to absorb the Mexican culture. It also depends on how much or how little you want to spend to maintain your lifestyle.

Usually, areas that have a larger proportion of expatriates tend to be rather more expensive. On the other hand, you’ll find that in the Lake Chapala area, which has become home to as many as 40,000 Americans, two people can live comfortably for as little as $ 1,200.

Lake Chapala, often referred to as simply Lakeside, is one destination where you can be very comfortably off for about half of what you would spend in the United States. You can expect to have a relaxed lifestyle here.

This is Mexico’s largest lake and became a retirement haven for expatriates just after World War II. English is widely spoken and understood and expatriates have established a strong presence here.

The climate of Lake Chapala is mild and there’s no dearth of things to do, so you won’t be bored to say the least. The scenery is beautiful and you can reach the United States easily by air whenever you want. Lake Chapala has all the normal conveniences, with banks, shops and restaurants, hotels and boat clubs. In fact, there is quite an active nightlife here. However, do keep in mind that this is Old Mexico and not a resort. 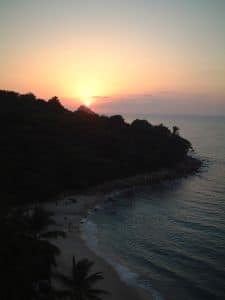 For serious shopping, you can go to Guadalajara, which is easily accessible by bus or taxi. There’s even a cyber café, where the charges are very reasonable as is the case everywhere else in the area.

There are a number of towns around the lakeside, the most important of which is Ajijic. This is a town of about 5,000 people with cobbled streets and beautiful gardens. Essential services and day-to-day expenses are extremely cheap here. Dental treatment is probably the most costly, somewhere between $15 and $ 20 per month.

So what do you think? Could you see yourself retiring in such a place? It does sound rather attractive, doesn’t it, especially when you know you can reach the United States easily whenever you want. So do give it some serious thought. This could be just the place for you.

Lake Chapala Mexico has a low cost of living compared to the US, learn more about what makes it one of the best places to retire outside the US.

For more info about Mexico:

How to live and work in Mexico