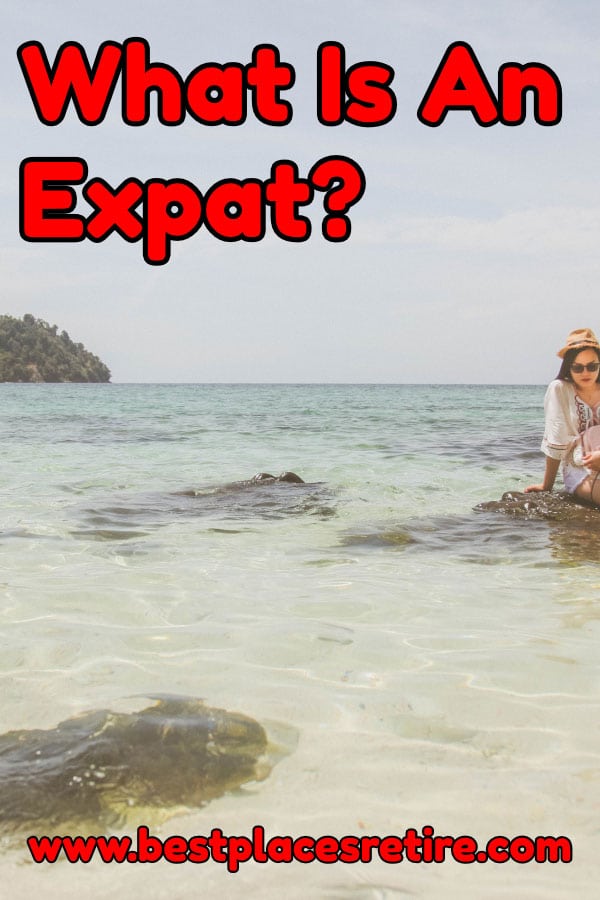 Just what is an expat? If you’ve heard the term tossed around lately, it might be because of something that’s happened in the news or due to the fact that someone you know personally knows someone living overseas or in another country. It also happens to be a news story at times, especially at tax time every April. United States citizens are required to file their tax returns and pay them, if owed, whether they live in the country or not. If you want to know more about what is an expat and what isn’t, then keep reading as this article covers this in detail.

Expat is a shortened term that really stands for ‘expatriate’. That is defined as a person who is residing in a nation that is not the one they are natively from. That residence can be temporary or permanent. The terminology is commonly used to describe professionals, skilled laborers, and even artists who take positions in countries other than their home nation. They might choose to do so independently on their own, or they might be sent abroad by those that employ them, be they corporations, educational institutions, nonprofits, or governments. Many are essentially just migrant workers as they might earn more income than they could back home as a local employee. The term has also referred at times to exiles, and it is now commonly used to refer to retirees who decide to live overseas.

Expatriate can be traced back to the Latin word of ‘expatriatus’. In the middle ages, an expatriatus was an individual who had left their home nation in order to live in a different one. Typically speaking, an expatriate is someone residing in a host country temporarily with an eventual intention of going home. However, many expatriates are now changing that perception as they retire abroad where lower cost of living means their savings can mean a better quality of living for more years. Also, some expatriates go to places with higher standards of living and never go home.

While expats might all fall under the same definition, they should not be treated as a monolithic group. Every expat individual or family has their own reasons for living overseas. For many, it’s work reasons. For others, it’s cheap retirement. Some just visit places and then fall in love with a person or place. Some are even quite reluctant about it but do so knowing that an international assignment can boost their career advancement.

Becoming an expat might seem like an international adventure to many, but it’s not something that everyone is suited for. Without having the right combination of professional qualifications and personal qualities, the process of leaving your old life back home only to start anew overseas can quickly turn disastrous. You can dream of opening the windows of your Paris flat to see the Eiffel Tower in the distance before you head to the office only to discover your French is barely good enough to buy groceries and you struggle get a job washing dishes.

There are unfortunately some common misunderstandings surrounding the terms expat and expatriate. For some, they misspell it or assume that is actually stands for ‘expatriot’. Whether or not this is even a word is debatable, depending on which dictionary you use. In any case, it has a very negative connotation to it, implying that someone is not a patriot any longer and have turned the backs on their native country. This is very rarely true though, as many expats intend to come home some day, or at least leave the door open to it, since they have changed nations once before, and they might do so again. Many maintain their citizenship or even go for dual citizenship, so that they can return to their original country to visit family and handle their affairs.

There are cases where American citizens who are expats decide to renounce their citizenship, which is usually as easy as reporting to a local embassy or consulate and filling out a form. This is very rarely done for political reasons or personal beliefs though, as most who do it just do so to avoid having to file their annual tax returns so they can avoid being taxed locally and by the federal government on their overseas income.

The term of expat sometimes gets confused with migrants and immigrants. Expats are generally defined as someone living in a different country, whereas migrants are those moving to another country to find work. Immigrants are those that come to another country to live permanently. As such, there is a lot of overlap between the terms, but the actual usage of them might vary based on the ethnicity of who is discussed. Those of Anglo heritage or from Western Europe might often be called expats, but those from Latin America might be called migrants if they work in construction or agriculture, and immigrants in most other cases.

Further confusing things are new spins on the terms. A ‘flexpatriate’ might be a professional who frequently travels internationally for their business. An ‘inpatriate’ might be someone working for a foreign subsidiary who is sent to work in the nation the larger company is headquartered in. A ‘rex-pat’ is a repeat expatriate and someone that might choose to go back to a foreign nation once they finish work assignments. There are even presumably ‘sexpats’ who are long-term sex tourists.

Expat communities grew in the 1800s thanks to steamships and train travel making the world a smaller place. The main thrust behind it didn’t really start until after World War II, when decolonization truly accelerated. Many European expats simply chose to remain in the former colonies.

The total number of expats living around the world is something that is very hard to grasp, since government census data is all over the place from one country to the next. One consulting and research firm estimated roughly 57 million expats around the world in 2017, although a UN estimate from just a few years before counted over 231 million, more than 3 percent of the entire population of the world, was living outside their home nation’s boundaries. Refugees driven across national boundaries are by definition expats.

One issue facing many expat families is when they have kids or take kids with them to other countries. Expatriate children that are raised in nations other than their passport countries sometimes find themselves overwhelmed or lost without social support when they return to their passport country. Such children often have a culture conflict, as they might have two cultures ingrained into them

Some children react very badly to changing cultures so suddenly, be it moving to a country where they are an expat or returning home to their passport countries. The trauma seems to be worst for those aged 10 to 15. The condition is common enough to have the name of Expat Child Syndrome, and serious cases might include withdrawn behavior, feelings of loneliness and seclusion, and even outbursts of disruptive behavior. Having said this, the abrupt uprooting and change of cultures can prove as terrifying for kids of any age, and even many young adults.

If you have been wondering what is an expat, then hopefully this article has shed some light on answering this question, how it sometimes gets confused with other terms, why people choose to be expats, and what impact it can have on their lives and their families. Also, if you hear anyone around you ask what is an expat, then you can definitely educate them a little.

expat expatriate what is an expat