How do you go about choosing where you want to retire? There are so many cities in America to choose from that can offer you a happy retirement that you may be stuck making the decision. When you read this you still may be confused because each city may offer you something you want.

In the next few minutes, you’ll learn about some of the best cities to retire in America. You can go south and find some nice cities in North Carolina or Tennessee. Or you can go north to Pennsylvania or Midwest to Illinois. You can go warm and go to Arizona or little cooler and go to Colorado. Whichever you choose we’ll give you something to think about.

Here are 10 of the best cities to retire in America 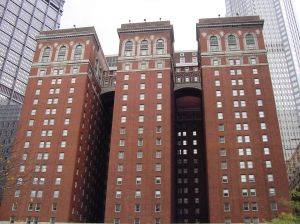 If you want a place with a low cost of living than Pittsburgh may be for you. Home prices are cheaper here so that is something to consider. Health Care is something that is important to the people of Pittsburgh so you can be sure you’ll get quality care when you need it. If you like it cold in the winter and hot in the summer this just may be your place. Learn more about retirement in Pittsburgh Pennsylvania.

If you love good and good music especially jazz, Chicago may be your place to retire. Even though they weren’t able to the land the Olympics for 2016, there’s still plenty going for this city. Being in the north the weather is cooler during the winter with plenty of snow to keep you occupied. Learn more about retirement in Chicago Illinois.

Now we’re gonna take a few paragraphs and talk about the many cities you can possibly retire to in North Carolina. For many people already living in North Carolina they would like this information to be kept secret but as they say the more the merrier.

Cary is a small city in North Carolina with a population of around 130,000. Weather conditions here are moderate and you get to enjoy the four distinct seasons. You can get the conveniences of a big city here in the small city of Cary. Learn more about retirement in Cary North Carolina.

Charlotte is said to be one of the fastest growing cities in America. Many people are discovering why this is one of the best cities to retire in America. It has a low cost of living with many affordable houses to choose from. If you are a sports fan you will love living here. The weather’s great because it’s not too hot and not too cold. Learn more about retirement in Charlotte North Carolina.

Next up comes Durham. Durham is another small city with about 223,000 people living here. You could consider it a small college town. If you love watching great college basketball games you will love living here. It is also becoming a popular green city with many recycling programs to help the environment. It is also considered a great place to start a business. And let’s not forget the healthcare. Learn more about retirement in Durham North Carolina.

Last but not least in North Carolina there is Raleigh. There’s so much to do here that you can afford because the cost of living is lower here than in other cities. If you like visiting museums there will be plenty to do here in Raleigh. It is often listed in the personal finance magazines as one of the best places to live and retire. Learn more about retirement in Raleigh North Carolina.

Before you move on to other parts of the country let’s stay in the south and talk about Knoxville for a moment. Knoxville is a smaller city to retire to with a population of around 185,000. It features a low cost of living which is about 20% less than the average city in the United States. This makes homes affordable with the average home going for around $130,000. Health care is also top notch here. Learn more about retirement in Knoxville Tennessee.

Moving to the midwestern part of the United States you have Denver. You will find it easier to get in shape here in the mile high city. Then you can hit the slopes in the winter anytime you want. The cost of living is about average for the United States here. The average home will set you back around $310,000. When you can have a view of the Rocky Mountains in your back yard that may just be worth it. Learn more about retirement in Denver Colorado. 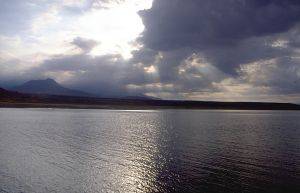 If cold winters are not your idea of fun Phoenix may be the place for you. In the summer you can expect it to get hot. Fortunately the heat is dry which makes it a little bit more bearable. The winter season is mild so you won’t have to worry about bringing a snow shovel. Learn more about retirement in Phoenix Arizona.

Last on the list we have Portland in the northwest. The cost of living is around average for other cities in United States so moving here will not save you money. However there are other benefits which can make the move worthwhile. It is a diverse city so you can experience many cultures from around the world. Learn more about retirement in Portland Oregon.

There you have it, 10 of the best cities to retire in America. Hopefully this has helped you start your research and give you a possible place you would want to spend your retirement.

This is just a starting point. You can take each city and put it in Google and check out the local tourism site or the local chamber of commerce. You can also check out http://wikitravel.org/en/Main_Page which will have a travel guide for each city and state.